Looks Don’t Matter, But Really They Do 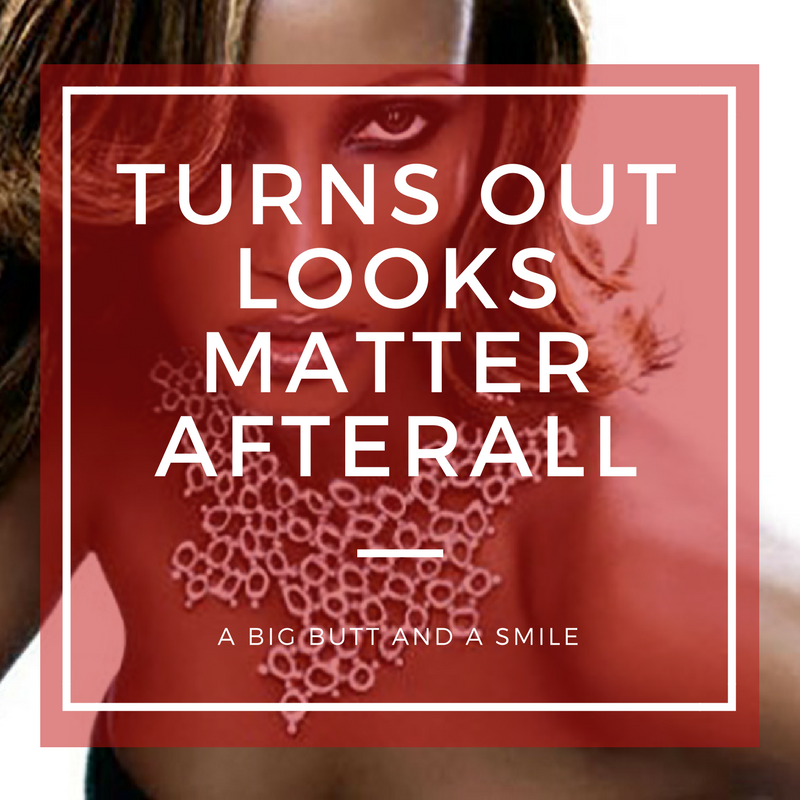 The Truth Is: Looks Matter

A German study shows what we all know but what we rarely want to admit.

Science is confirming what most women know: When given the choice for a mate, men go for good looks.
–
And guys won’t be surprised to learn that women are much choosier about partners than they are.
–
“Just because people say they’re looking for a particular set of characteristics in a mate, someone like themselves, doesn’t mean that is what they’ll end up choosing,” Peter M. Todd, of the cognitive science program at Indiana University, Bloomington, said in a telephone interview.

The study goes on to say that women are much choosier about their mates and very aware of their attractiveness and how it relates to their choices in men.

Women’s actual choices, like men’s, did not reflect their stated preferences, but they made more discriminating choices, the researchers found.

The scientists said women were aware of the importance of their own attractiveness to men, and adjusted their expectations to select the more desirable guys.

“Women made offers to men who had overall qualities that were on a par with the women’s self-rated attractiveness. They didn’t greatly overshoot their attractiveness,” Todd said, “because part of the goal for women is to choose men who would stay with them.”

But, he added, “they didn’t go lower. They knew what they could get and aimed for that level.”

To read the rest of the article click in the sidebar under “Articles.” How does this study pertain to Black women? Well, if you’re smart, you’d take what it says to heart and act accordingly. I know that sounds a little harsh, but it is what it is.

This isn’t the only study that confirms something we all know but doesn’t want to admit: Looks matter and no amount of wishing otherwise is going to change that. So what do I suggest?

2. Always look your best when you’re out. You never know who you’re gonna meet. Instead of going out in those old sweats and raggedy t-shirts with the poorly done ponytail try the cute sweatsuit, sleek ponytail and a touch of lip gloss. Yeah, it sounds 1950-ish, but last I checked they actually got married back then.

3. Take care of yourself. That includes steps 1 and 2 but it also means finding time to relax, de-stress, making sure you’re healthy, going for your check-ups, facials, manis, pedis (if you can afford them, if not do it yourself) and just all around doing what you can to make sure you’re as physically attractive to the opposite sex as possible.

Remember you can be right or you can win. Wanting someone to love you for your insides is great. But they’ll never get to know you if your outside isn’t what it should be.

Leave a reply Click here to cancel the reply

©2023 KLEO Template a premium and multipurpose theme from Seventh Queen